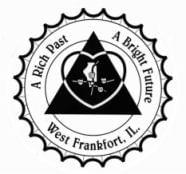 According to another media source, the city council tabled this issue at their last meeting because of a difference of about $42,000 between Ross Construction and Fager McGee, with Ross’s bid at $46,700 and Fager McGee’s at $88,755.

The city awarded the contract to Fager McGee because Ross Construction didn’t bid on several components to remodeling City Hall.

Banterra Bank donated the building to the city earlier this year.