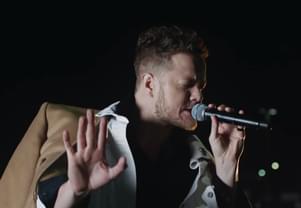 Picture Imagine Dragons’ vocalist Dan Reynolds willingly joining your band for a jam session. That’s exactly what happened for a garage band in Las Vegas while Reynolds trick-or-treated his wife and four kids.

According to TMZ, Streetfolkband were playing in their driveway when the Grammy award-winner passed. The band made their pitch to Reynolds, who joined them for a full performance of “Radioactive.”

Here’s the video of @DanReynolds singing Radioactive with some local kids who were playing music in their driveway on Halloween 🎃. Dan and his kids were out trick or treating when they spotted him and asked if he would sing. So cool. @Imaginedragons pic.twitter.com/00c9oKhONH