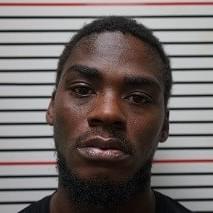 MURPHYSBORO – A Carbondale man was sentenced in Jackson County Court Friday after pleading guilty to aggravated battery to a child and admitting to violating conditions of probation.

Jackson County State’s Attorney Michael Carr said the aggravated battery to a child charge against 35-year-old Terrill Travis arose from a July 24 incident when Travis injured a child by whipping him/her with a charging cord and stepping on his/her head. At the time of the incident, Travis shared a home with the child and his/her mother.

Travis was sentenced to 4.5 years in state prison with a one-year term of mandatory supervised release on the charge to follow.

Travis also admitted to petitions to revoke in two separate felony cases, filed due to his failure to abide by the terms of the court’s original sentencing orders and for committing new offenses. He was sentenced to three years in state prison on a felony retail theft case from from a 2018 incident at Murphysboro Walmart, plus 4.5 years on a felony forgery case which occurred at the ZX Gas Station in Carbondale in 2017. Each of the prison sentences will be followed by one year of mandatory supervised release.