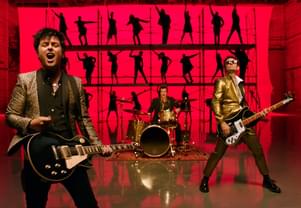 Green Day lit up the American Music Awards stage Sunday with a performance of “Father of All…” followed by “Basket Case” in celebration of 25th anniversary of the release of Dookie.

Billie Eilish, who recently met with frontman Billie Joe Armstrong for a Rolling Stone exclusive, introduced the band with praise, saying, “Growing up, there was no band more important to me or my brother.”

Everything I wanted at the #AMAs. Our ultimate bad girl @billieeilish introduces our father of all, @GreenDay! 👏🤘 #BillieOnAMAs pic.twitter.com/k7dgvab33q

During the performance, Eilish and Post Malone could be seen rocking out amongst the crowd. WATCH a clip of the “Basket Case” performance below: