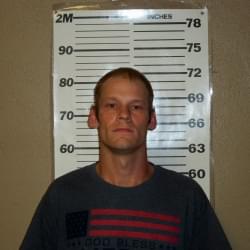 MCLEANSBORO – A McLeansboro man was sentenced Monday in Hamilton County to 12 years in state prison for aggravated domestic battery stemming from an incident in March 2019 when he strangled his wife in their home and fled the scene only to be picked up in Union County, KY a few days later.

Sage was set for a bench trial Monday, but decided to plead guilty to the charge.