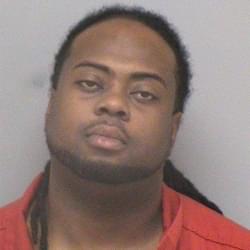 MT. VERNON – A 31-year-old Mt. Vernon man was sentenced Thursday in Jefferson County Court to 25-years in prison for a shooting last summer that sent one person to the hospital with injuries.

Calvin Webster pleaded guilty in October to a Class X felony charge of aggravated battery with a firearm in exchange for four Class X felonies for attempted murder, armed violence, being an armed habitual criminal and aggravated battery through the discharge of a firearm being dismissed. Webster pleaded guilty to the one charge shortly before his case was to go before a jury.

Records show that on June 4, 2019, Mt. Vernon police responded to a shooting in the 2300 block of Perkins resulting in one person suffering injuries.

An investigation into the shooting resulted in a warrant being issued for Webster’s arrest. He turned himself in a week later and his bail was set at $350,000. Webster has remained in the Jefferson County Jail since his June 2019 arrest.

He had previously turned himself into Jefferson County authorities in connection with a 2014 shooting incident that sent one person to the hospital with a gunshot wound.

Charges, in that case, were ultimately dismissed, but not before Webster filed a federal lawsuit against the City of Mt. Vernon and the Mt. Vernon Police Department claiming his Fourteenth Amendment rights were violated and seeking a $50,000 judgment.

A federal judge eventually dismissed his case with prejudice and ruled in favor of the c2019 Shootingity and the police department.