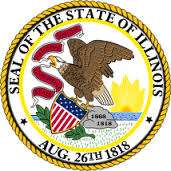 SPRINGFIELD – An Illinois lawmaker has re-introduced a bill to have elected officials in the state to wear body cameras.

Republican Representative John Cabello filed a bill which would require all state lawmakers to wear body cameras while conducting government business. Under the bill, officials found to be in violation of the law would be subject to fines.

Cabello, also an officer for the Rockford Police Department, filed the same bill in 2019. He said the bill then would help reduce corruption at the state and local levels. His previous bill reached the Rules Committee in March 2019, but never advanced.

His current bill, HB4065, has been referred to the Rules Committee.