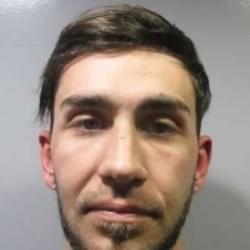 According to a Carmi Police report, the driver, 31-year-old David J. Oshea, was found without a valid driver’s license and was arrested. A K9 sniff of the vehicle revealed the presence of illegal drugs.

A search of the vehicle resulted in a glass pipe with cannabis residue, which was not packaged property according to statute. This resulted in two citations for possession of adult use cannabis in a vehicle. At the White County Jail, Oshea was found to be in possession of three oxycodone pills and was additionally charged with possession of a controlled substance. He is lodged in the jail with no bond set.

A passenger, 59-year-old Alfred Eugene Duvall, was also taken to the White County Jail for possession of cannabis in a motor vehicle. He bonded out and was released on notice to appear.