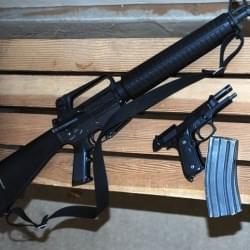 The groups said the state agency transferred nearly $30 million from funds used for the administration of the cards, background checks and concealed carry licenses into other accounts.

An agency statement said Illinois officials did use the funds in previous years to deal with a budget crisis, but have not swept them this year.