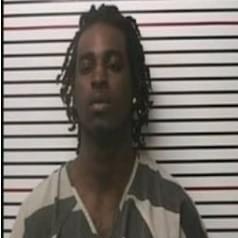 CARBONDALE – Carbondale police are looking for a Carbondale man involved in an alleged shooting early Sunday morning in the area of N. Robert A. Stalls and E. Birch St.

A Jackson County arrest warrant was obtained Tuesday for the suspect, 23-year-old Stephen L. Moultrie, who’s charged with aggravated discharge of a firearm and unlawful use of weapons by a felon. Bond is set at $200,000. He’s considered armed and dangerous.

Police responded to a report of shots fired in the area at 2:15 a.m. During their investigation, officers learned Moultrie fired several shots at a vehicle occupied by three victims, who are known to him. None of the victims were struck by the gunfire, but one was later transported to Memorial Hospital of Carbondale for medical concerns unrelated to the incident.

Those with information about the incident or Moultrie’s whereabouts should contact Carbondale police at 457-3200 or Crime Stoppers at 549-COPS.