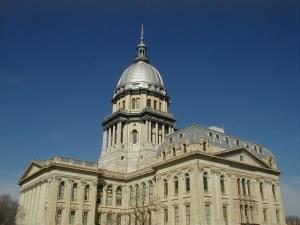 58th District State Senator Paul Schimpf said with the unprecedented economic growth the country has seen the past decade, now is a time for Illinois to “:clean up it’s financial act.” The senator said Pritzker is not taking that route.

Schimpf added the governor did not give enough detail on his plans to decrease the state’s unfunded pension liabilty, which currently is $138 billion.

Bryant said her constituents want her to work in a bi-partisan manner, but the plan given by Pritzker did not have restraint in taxing and spending.