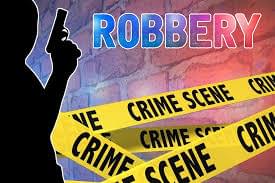 MT. VERNON – Mt. Vernon police received a report of an abduction and robbery early Sunday morning in the 1400 block of Salem Rd.

Reports indicate that around 3:30 a.m., an employee of the Casey’s General Store requested an officer at a parking garage in the 1100 block of Broadway for an armed robbery.

The caller reported she was preparing to open the store when she was approached by a 30 to 40-year-old black male wearing a mask. The suspect reportedly took the victim in her vehicle and drove to the area of 11th and Broadway, where he left the victim and her vehicle in the parking garage but left with her cell phone and keys.

No injuries were reported.