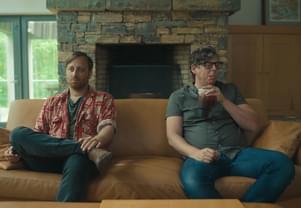 The Black Keys took to social media Monday morning to announce a second round of their “Let’s Rock Tour” beginning July 7 in Seattle, WA and wrapping up September 6 in Jacksonville, FL.

Once again in support of their July 2019 release, Let’s Rock, the veteran rockers will be supported during the summer tour by Gary Clark Jr., Allah Las, Marcus King Band, Jessy Wilson and Yola at various stops.

Presales for The Lonely Boys & Girls Club start Tuesday at 10am local time, sign up for free at https://t.co/iotICf8vqK ⚡️

Per the graphics above, The Black Keys have three nearby stops with Gary Clark Jr. and Marcus King Band: