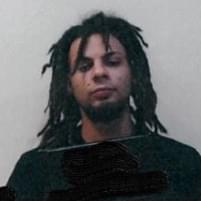 CARBONNDALE – Carbondale Police said Monday an arrest warrant has been obtained for a West Frankfort man considered a suspect in an early Saturday morning shooting.

According to a release from the police department, the warrant charges 24-year-old Jordan Kelderman with aggravated battery with a firearm and aggravated discharge of a firearm. He is considered armed and dangerous.

Police responded to the 1000 block of East Park Street in Carbondale at 3:40 a.m. in reference to shots fired and a reported gunshot victim. During an investigation, officers learned about a dispute between acquaintances outside of a party. During the dispute, a victim suffered a non-life threatening gunshot wound.

Police advise those who see Kelderman to not approach him, and call their local law enforcement agency. Those with information about Kelderman’s whereabouts should contact Carbondale Police at 457-3200.