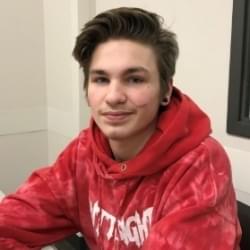 According to a release from the Carbondale Police Department, Van Hook was last seen around four Tuesday afternoon in the 400 block of E. Walnut St. wearing black shoes, black sweat pants and a white and gray tie-die hoodie with a skull and red roses on it. He also had a black drawstring bag with him.

Van Hook was described as a 5’9″ white male, weighing 165 pounds with blond hair and brown eyes. He’s believed to be in the Mt. Vernon or Centralia area.

Those with information on Van Hook’s location should contact Carbondale Police at 457-3200.