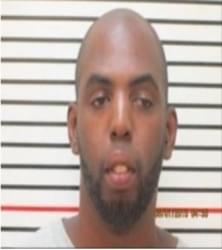 CARBONDALE – A Carbondale man was arrested for allegedly entering unoccupied vehicles around 9:40 Monday night in the 300 block of E. Mill St. in Carbondale.

According to a release from Carbondale Police, when officers arrived on scene, they found the suspect, 30-year-old Myron Jackson, who fled on foot. After a short foot pursuit, Jackson complied with officers and was taken into custody.

Jackson was wanted on Jackson County arrest warrants for burglary and theft, as well as an Illinois Department of Corrections parole violation warrant for robbery. He was charged with trespass to a vehicle and lodged in the Jackson County Jail.

Those with further information about the incident should contact Carbondale Police at 457-3200.