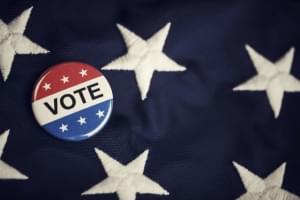 FORT LAUDERDALE, FL – Illinois and three other states are pushing forward with Tuesday’s primary election, although the coronavirus is causing headaches as polling places need to be moved and workers afraid of catching the disease drop out.

The governors’ offices in each state said Monday they are not planning to delay the primary despite the viral outbreak. Georgia already postponed next week’s primary and Louisiana has postponed it’s scheduled April 4 primary.

In Illinois, there’s no process for canceling or postponing the vote, according to Matt Dietrich, spokesman for the State Board of Elections.

“This is unprecedented so it’s not clear exactly what the process would be for changing it, though it likely would involve a request to the attorney general to seek a court order,” Dietrich said.

The state has been pushing early voting and voting by mail as a way to curtail any crowds at the polls. Chicago election officials say the effort paid off with 118,000 voters casting ballots in the mail in the city, which is an all-time record, according to the Chicago Board of Election Commissioners.