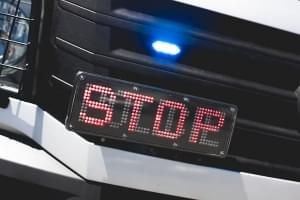 WILLIAMSON CO. – A man wanted for multiple felony charges and an unrelated felony arrest warrant was taken into custody Sunday afternoon after leading law enforcement on a chase in Williamson County.

According to a release from the Williamson County Sheriff’s Office,around 12:50 p.m., Williamson County deputies and an officer from the U.S. Fish and Wildlife Service located Jim Dodd, who had an active felony arrest warrant and was a suspect in an armed home invasion in Herrin Friday, driving a red Nissan truck near Dodd’s home on Morning Glory Rd.

When Dodd saw the marked patrol vehicles, he drove through a ditch to avoid them and began to flee. Deputies pursued Dodd until he crashed his vehicle into a construction barrier on Route 13 at the east edge of Carbondale.

After the crash, Dodd initially continued to refuse law enforcement’s commands to exit the vehicle or at least show his hands, although he could be seen moving in the vehicle. After about 20 minutes, it appeared that Dodd began to attempt to harm himself.

Less-than-lethal projectiles were used to gain access to the interior of Dodd’s vehicle.Dodd became compliant, was removed from the vehicle, and was taken to a local emergency room for treatment of self-inflicted injuries.

Additional charges from the incident in Herrin are expected as well. Officers from Carbondale Police, Illinois State Police, Herrin Police and Carterville Police Departments also assisted in this incident.