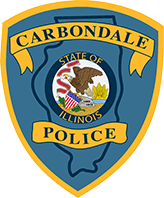 CARBONDALE – A Cairo man faces gun-related charges after Carbondale Police arrested him after responding to a report of shots fired in the 700 block of S. Lewis Ln. around 6:50 Friday night.

According to a police report, an investigation revealed a dispute between two groups of known acquaintances which resulted in exchanged gunfire. Officers found a vehicle in the area and a home both damaged as result of the gunfire. No injuries were reported.

Police identified 28-year-old Deandrae L. Jones as one of the suspects involved. Jones was charged with reckless discharge of a firearm, aggravated unlawful use of weapons, and unlawful use of a weapon by a felon and lodged in the Jackson County Jail.

The investigation is currently active and ongoing. Those with information should contact Carbondale Police at 457-3200.