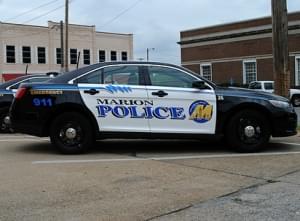 MARION – A St. Louis man is recovering after being allegedly shot Monday night in Marion.

According to Marion Police, officers responded to the area of W. Gent St. and S. Holland St. in reference to multiple 911 calls of shots fired around 8:45 p.m.

Officers found a man, identified as 23-year-old Brandon Davis, at the scene with a gunshot wound to the back of his head. Davis was treated on scene by United Medical Response and subsequently airlifted by Marion Air Evac to Barnes-Jewish Hospital in St. Louis.

Currently, Davis’s injuries appear to be non-life threatening. No arrests have been made at this time.

The Marion Police Department is asking for your help in this case. Anyone with information should call Marion Police at 993-2124.