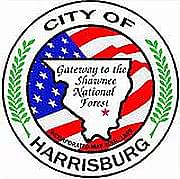 HARRISBURG – No action was taken and business owners offered varying opinions regarding re-opening the city of Harrisburg Tuesday morning at a special city council meeting at city hall. The meeting was called to discuss if and how the city could open non-essential businesses like hair and nail salons safely.

Harrisburg mayor John McPeek said no action will be taken to overstep the governor’s executive order.

Jerry Hunt, a business owner in Harrisburg, spoke for Sunny and Lisa Winn who own a nail salon. After reading multiple safety protocols the salon has in place, he told the council the shutdown has taken its toll on their family and the business.

Christi Bailey, a daycare owner in Harrisburg, said she believes the community should not open. She said the city may not have many cases, but it’s unknown if/when someone with Coronavirus will come into the community and infect many more.

State Senator Dale Fowler and State Representative Patrick Windhorst also spoke to the council at the meeting. Fowler told the council they were doing everything they could to convey to the governor a regional re-opening is needed for this area. He added the governor has shown the state is taking small steps towards re-opening.

Fowler and Windhorst said the public can help lawmakers make the case for re-opening. They encouraged constituents to write letters to their office to be relayed to the Governor’s office.

McPeek encouraged residents to reach out to their lawmakers as well.