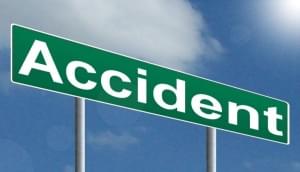 CARMI – One person was flown to an out-of-state hospital and another was transported to an area hospital after a car and motorcycle crashed into each other Monday morning in Carmi.

According to a release from Carmi Police Chief Jason Carter, at approximately 8:45 a.m. Monday, police were called to the scene of the accident on Main St. near Neely Circle. Police said 81-year-old Ronald E. Foley of Carmi was westbound on Main St. and began a left turn toward Neely Circle when he struck 22-year-old Jacob C. Hargrave of Carmi’s motorcycle, which was eastbound on Main St.. They said it appeared Hargrave attempted to avoid the collision and laid the motorcycle onto its right side before Foley’s vehicle impacted the motorcycle.

When police arrived, they determined witnesses and bystanders had lifted the car off of the motorcyclist, freeing him from underneath the vehicle.

Hargrave was originally flown to an Evansville Hospital before eventually being flown to a St. Louis area hospital for his injuries. Foley was taken by ambulance to Hamilton Memorial Hospital. Foley was cited for failure to yield the right of way.