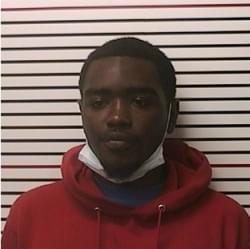 Police arrested 20-year-old Ferontay D. Johnson for aggravated unlawful use of weapon and obstructing justice after he fled the scene.

Police said the incidents currently appear to be related to one another regarding an ongoing dispute between acquaintances. There is not any suspect information to provide at this time.

While responding to the report of shots fired on North Robert A. Stalls, officers saw a vehicle traveling at a high rate of speed going away from the scene of the shooting. The driver then disregarded a traffic control device in an attempt to flee from the area. Officers conducted a traffic stop on the vehicle and during the course of the investigation arrested Johnson.

Police are investigating the connection between Johnson and the original shots fired call.