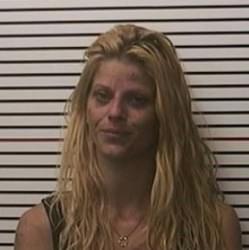 CARBONDALE – A Carbondale woman has been arrested and charged following an investigation by Carbondale Police into three reports of motor vehicle thefts at various locations in Carbondale over the last two weeks.

According to a Carbondale Police press release, 33-year-old Bridgett R. Hart was located during a traffic stop in one of the stolen vehicles and arrested for two charges of motor vehicle theft, possession of a stolen vehicle and driving while license suspended. She was also arrested for criminal trespass to property in reference to a separate incident, which recently happened in the 300 block of W. Elm St.

Hart was taken and lodged in the Jackson County Jail. All vehicles involved have been recovered and returned to the owners.

An investigation is ongoing. Anyone with information about the incidents should call Carbondale Police at 457-3200.