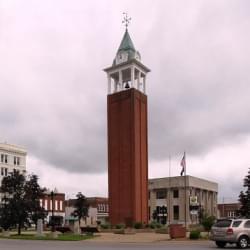 Moake said traffic flow around the square is considered as one issue. One of the concepts, according to Moake, is making the roundabout more of a traditional roundabout to slow down traffic on the square.

Moake said the cost estimates are currently being determined and hopes to have them at some point this week. He noted that IDOT’s grant arm, the Illinois Transportation Enhancement Program, provides up to $2 million a year in funding for various projects, so the city hopes that over the next three or four years it will make $4 or $5 million in total improvements to the square that will also include improvements to two or three blocks around the square.

Additionally, as part of the Mayor’s vision for the city moving forward, Moake said the city is considering a more efficient method of utilizing all downtown parking spaces.

The city has over 700 public parking spots within three blocks of the square. Being able to identify them more effectively is something the city feels is in the best interest of the merchants downtown to take advantage of, according to Moake.

He said the city will consider integrating Smart Parking and the software to help identify the spots and assist those visiting the downtown area to note what spots are available and which are closest to the merchant they visit. Additional signage would also be included.

Plans also call for continuing festivals on the square and discussion has been made regarding a multi-purpose pad that can be used as a splash pad for kids in the summer and an ice rink in the winter.

Marion plans to send in its full grant application this fall. A decision won’t be made until spring, but Moake hoped the grant will be awarded so the city can begin work sometime after that.