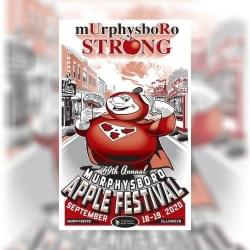 According to a release from the Apple Fest Facebook page, organizers decided after several at-length discussions with the Jackson Co. Health Department it was in the best interest of public safety and health to make the decision to cancel this year’s event.

Organizers for the event originally planned to hold a scaled-down version of the Apple Festival this year. They announced  a new Apple Festival website to come in the near future, where pre-order sales for Apple Fest merchandise, baking goods and other items will be available.

Organizers added they’re already looking forward to next year’s Apple Festival, which will take place from September 15th through the 18th.