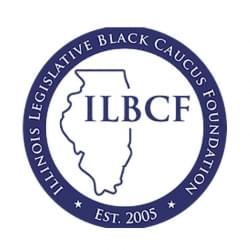 CHICAGO (AP) – The Illinois Legislative Black Caucus announced Tuesday an agenda calling for action on several areas it identifies as important to its members and their constituents.

The caucus announced it is planning a series of legislative committee hearings leading up to the General Assembly’s fall veto session that will focus on criminal justice reform, violence reduction and police accountability; education and workforce development; economic access and equity; and health care and human services.

“For years, the cries and the fight have been unheard. And we are now at a moment where our white colleagues, that have been raised in white communities that just didn’t understand what we were talking about, are now uncomfortable,” Chicago Democratic Rep. La Shawn Ford said at a news conference. “They’re so uncomfortable now that they are hearing all of the asks that we had before that they couldn’t hear before. Now the question is, are they ready to act on what they are hearing?”

The hearings called by the caucus began Tuesday afternoon with a three-hour legislative committee hearing on law enforcement training and use of force. The issue has become a major one since the May 25 death of George Floyd.