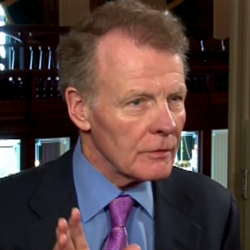 Majority Leader Greg Harris released a statement Wednesday following the filing of the House Republican petition, stating that after Madigan received the petition, he recused himself from consideration of the matter and designated Harris to take necessary actions required under the House Rules to create and administer the committee.

“The Illinois Constitution gives members of the House the authority to review the actions of its members and determine whether discipline is necessary, including overturning the results of an election or expelling a member,” Harris explained. “This is a power that should be judiciously exercised, and one that has rarely been used. In the past two decades, it has been invoked on two occasions, following the arrest and indictment of former Representatives Derrick Smith and Luis Arroyo.”

He further noted “it’s a political process, not action by law enforcement, and the rules are not the same as a court proceeding. The Speaker has not been accused of or charged with any criminal action or wrongdoing and is entitled to the presumption of innocence.”

Harris appointed Representatives Emanuel Chris Welch to serve as chair on the Committee, as well as Elizabeth Hernandez and Natalie Manley to serve alongside the Republican appointees, Representatives Tom Demmer, Deanne Mazzochi, and Grant Wehrli.

The Committee will conduct its business in accordance with all House Rules and with health recommendations to protect all those involved and help prevent the spread of COVID-19. All proceedings will be public.