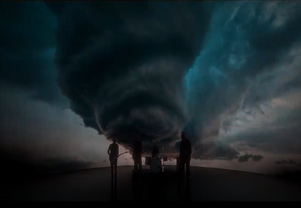 Pictured: Pearl Jam in the video for “Dance Of The Clairvoyants”

Eddie Vedder has been using social media as a way to teach others how to vote by mail.

AND with his band Pearl Jam they have began a vote-by-mail-initiative called “Take-Three Pledge: Vote By Mail, Recruit Three Friends, Don’t Wait.”

Here’s a little bit how it works (found on consequenceofsound.net):

“The three-step pledge is quick and easy to do. After registering to vote (or indicating that they already are), fans are shown city- and state-specific information regarding their upcoming elections. From there, they’re encouraged to forward the pledge to three other people. Head to PearlJam.com/Vote or text “PJVotes” to 52886 to join in the effort.”

Eddie said,
““We believe America is at its best when every voice is heard…This is the most important election in our nation’s history. Our democracy is at risk. Your vote is your voice, and it’s time to use it. Join us by voting by mail — something our band has been doing for almost three decades, since we began touring in 1992. It’s safe, it’s easy, and it’s secure.”

Check out the initiative here.