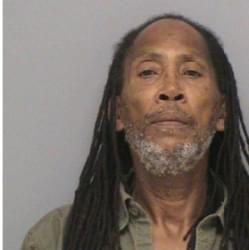 MT. VERNON – The Mt. Vernon Police Department has made a second arrest regarding a Nov. 12 incident where a woman was battered with a baseball bat during a home invasion.

Sixty-three-year-old Melvin L. Taylor of Mt. Vernon was taken into custody Friday on a Jefferson County warrant charging him with home invasion, armed robbery and armed violence. His bond was set at $250,000

Officers responded just before midnight Nov. 12 to a home in the 1500 block of Jones for a report of a female who had been battered. After locating the female at the home, they transferred her care to paramedics on scene. She was then was transported to a local hospital before being taken to a St. Louis hospital with non-life-threatening injuries.

Forty-seven-year-old Mt. Vernon resident Dontae D. Harris was arrested last Wednesday in connection with the same incident. Harris was on parole from the Illinois Department of Corrections for a Jefferson County conviction for domestic battery at the time of the Nov. 12 home invasion and beating. He’s next due in court Dec. 9 on those charges.