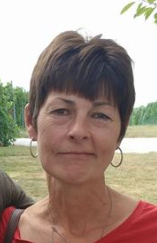 Police did not note in a press release late Monday night where 56-year-old Dena Lynn French was found or her condition.

French was last seen leaving her home around 11:30 Sunday morning and was driving a white 2016 Kia Optima with Kentucky license plates on her vehicle. French had a condition which placed her in danger.