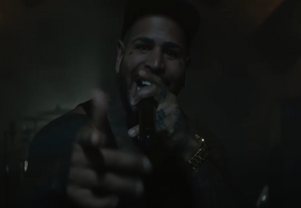 On January 9th, Bad Wolves announced that they had parted ways with the lead singer, Tommy Vext.

Here’s what was said on their facebook post, “It is true that Bad Wolves and vocalist Tommy Vext have parted ways.  The four of us plan on making music and a new album is planned for later this year.
Tommy has been a big part of Bad Wolves and we are grateful for his contributions.”

They went on to thank their fans and say that “We would not be here without you.”

And while we have no confirmation on why the split happened, there are a couple of things that have found Tommy in some difficult situations.

One being of a political matter that you can read more about here, and another is being accused of assaulting his ex girlfriend.

We will keep you updated on the future of Bad Wolves!