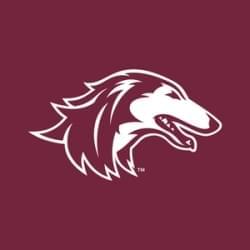 CARBONDALE – A team led by a researcher at Southern Illinois University Carbondale has discovered a new variant of the COVID-19 virus that is specific to and dominant in the United States, adding to the growing list of mutations such as those discovered in the United Kingdom and South Africa. It might be more easily transmissible than other variants, and its impact on vaccines is uncertain.

Keith Gagnon, associate professor of chemistry and biochemistry at SIU, said work in his lab has uncovered a novel U.S.-specific coronavirus variant that accounts for about half of the cases in the country. An article detailing the discovery, “Emergence and Evolution of a Prevalent New SARS-CoV-2 Variant in the United States,” was submitted on Monday, Jan. 11, to BioRxiv, a preprint server aimed at quickly disseminating research while it undergoes peer review.

“It’s here. We found it,” Gagnon said. “It’s definitely home-grown and widespread, and we’re the first to characterize it.”

Rather than one specific “bug,” the term “COVID-19” actually encompasses a constantly evolving and varying virus that changes as it moves through populations over time.

Understanding those changes can tell scientists many things, from its origins to the way it spreads to what it might do next. Gagnon’s work involves genomic surveillance of the virus as it works its way through the population. Such work can lead to early identification of new variants and help health authorities formulate proper responses during an ongoing pandemic.

Sometimes variants disappear shortly after they emerge, while others hang around. Scientists worldwide have identified multiple variants of SARS-CoV-2, the virus that causes COVID-19. The culprit is a type of coronavirus, which encompasses a large family of viruses. Viewed under an electron microscope, the virus exhibits spiky, crown-like structures that give it its name. As the virus mutates, it can cause changes in those structures.

Some variants identified so far include one discovered in the United Kingdom with an unusually large number of mutations. The variant, discovered in September, appears to spread more easily and quickly than other variants, though there currently is no evidence that it is any more deadly than others. The variant now exists in other countries, including the United States and Canada.

Scientists in South Africa detected another variant in October. This one shares some mutations with the U.K. variant, and it too seems to spread more easily than the original virus – though again, there currently is no evidence that it is any more deadly than others.

The Centers for Disease Control and Prevention said last week that it had not seen the emergence of a highly contagious new U.S. variant of the coronavirus. It noted, however, that there are probably many variants emerging around the globe.

Gagnon’s discovery of this new variant, referred to as 20C-US, appears to confirm that suspicion.

“We have identified a new variant of the SARS-CoV-2 virus that emerged in the United States early in the coronavirus disease pandemic and has become one of the most prevalent U.S. variants,” the article states.

Gagnon’s work traced the earliest appearance of the U.S. variant to Texas in May. The mutations it carries are in genes related to virus particle maturation and release, processing of viral proteins, and RNA genome integrity and translation, all of which are important for efficient and accurate virus production, Gagnon said.

Since then, the U.S. variant has acquired two new mutations in the spike protein that demonstrate its ongoing evolution, Gagnon said.

“We predict that 20C-US may already be the most dominant variant of SARS-CoV-2 in the U.S.,” the article states. “The ongoing evolution of 20C-US, as well as other dominant region-specific variants emerging around the world, should continue to be monitored with genomic, epidemiologic, and experimental studies to understand viral evolution and predict future outcomes of the pandemic.”

Gagnon said the rise of the U.S. variant coincides with the second and third wave of COVID-19 infections in the country, which might circumstantially point to it being more easily transmitted than other variants.

“There are hundreds of variants floating around, so for this one to rise to prominence suggests it might be more transmissible,” Gagnon said.

Gagnon’s research team, which also included Koushik Sinha, assistant professor of computer science in the School of Computing, first noticed the possibility of the variant while looking at their own SARS-CoV-2 genome sequencing data from Illinois.

“The data kind of jumped off the page when we looked at it, so we then started looking at national data, and later worldwide genome sequence data,” Gagnon said.

The analysis revealed the U.S. variant had not spread significantly beyond the country’s borders and that it was most highly prevalent in the Upper Midwest.

With the first vaccines still being administered in the U.S., Gagnon said it was unclear how this variant might impact its effectiveness.

“It’s a great question,” he said. “Based on the mutations so far, I don’t think it will significantly impact the vaccine’s effectiveness. The catch is that the virus continues to evolve, and since May, it has acquired three mutations, and two of them are in the spike protein, one of which might affect antibody binding. There are a lot of unknowns.”