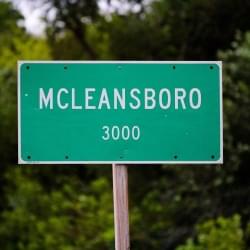 MCLEANSBORO – The list of candidates running for mayor and alderman in the April 6 Consolidated Election in McLeansboro is set.

According to McLeansboro City Clerk Jodi Brockett, Ward 1 Alderman Billy Glenn, Ward 2 Alderman Don Cox and Ward 3 Alderman Dale Biggerstaff are not up for reelection for alderman as their terms expire in 2023.

Cox is running with three others for mayor. They are Samuel Bryant Wilson, Rodney D. Hart and Chad May, who currently serves on the Hamilton County Board. If Cox loses, he will not lose his alderman seat. If he wins, a replacement will be appointed.

Current Mayor Dick Deitz is not running for another term.