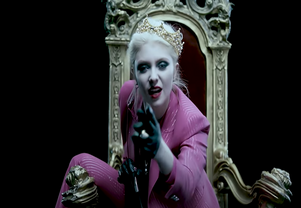 All of us have dealt with loss in some way, shape, or form whether it be a friend, family member, and for some their idols.

In the newest Pretty Reckless album Death By Rock and Roll you will hear some of the turmoil that the band have persisted through and included in the lyrics and songs.

In an interview that you can access here, Taylor Momsen spoke about how the band was formed “over the love of the Beatles and Soundgarden.”

They had just opened for Soundgarden the day of Chris Cornell’s passing.  She said, “to have it end so tragically, that added a kind of shock. We were right there, we were there that night, I talked to Chris Cornell. I gave him a hug, I watched him leave the venue.”

She went on to say that when you lose someone that you look up to, it’s like “losing a part of yourself.”

Read more on the story from loudwire.com here.