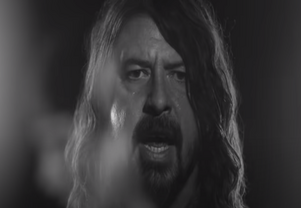 Dave Grohl is bad A.  Would you expect his mother to be anything less than a bad A herself?

In 2017, she released her book “From Cradle to Stage” and you can purchase it here!

She speaks of Dave’s childhood as well as shares stories from other “rock moms”!  (Like Adam Levine’s mom, Kelly Clarkson’s mom and so on and so forth.)

Now there is a TV series with the title of the same name that will premiere on May 6th on Paramount +.

Some of the guests on the show will include Rage Against the Machine’s Tom Morello and his mom Mary, Rush’ Geddy Lee with his mom Mary Weinrib, and many more!

Here’s what Dave had to say about the show- “Having the opportunity to travel the country and tell the stories of these amazing women behind the curtain not only shed some light on the music that they inspired, but also made me appreciate the love that I was given from my own mother, my best friend. It goes without saying that we are all indebted to the women who have given us life. For without them, there would be no music.”

For more on the upcoming six episode series, click here!