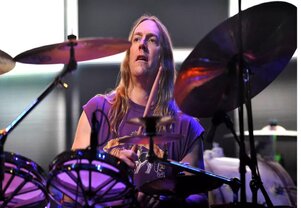 Danny Carey, the drummer from Tool, performed at a college basketball game. Afterwards, allegedly got into an altercation with an airport security worker. Fox 4 says “According to a ticket issued by officers, Carey intentionally inflicted injury when he allegedly yelled a homophobic slur at the victim, saying “You’re a f****** f*****.” Officers said he yelled the homophobic slur repeatedly while jabbing the victim in the chest with two fingers.”

He is scheduled in court on January 12th.